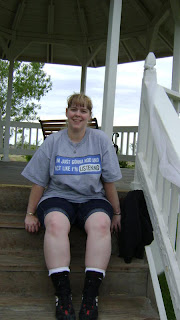 Today brings special guest, BJ Myers! Below are short excerpts from Myers’ Justice is Served and Justice Never Sleeps. The third installment in this series will be out soon. I hope you enjoy the excerpts! 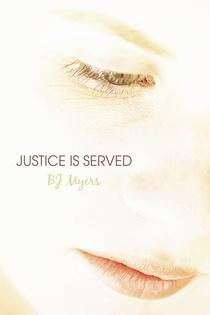 He smiled at that, the dimples showing but not masking the dangerous vibe that still rolled off him like cheap cologne. “I was told you have good instincts…almost scary ones from what I hear.”

She raised an eyebrow, “Look, Detective Durango, I could care less what anyone told you about me. I’m a simple substitute teacher.”

He calmly put the wallet back into his pocket and said, “From what I hear, there’s not much simple about you.”

She sighed, not really feeling like crossing mental swords with him. She turned and walked back in the opposite direction. He didn’t expect that and so she was almost to the door when he grabbed her arm. She stopped walking, ignoring the electrical thrill that coursed up her arm, and said very calmly, “Let go of my arm or end up on the pavement, your choice.”

He didn’t let go but said, “He said you were stubborn, but not this stubborn.” She eyed his hand that still firmly grasped her right upper arm and sighed. He wanted her to ask who the “he” was, but she was too tired to continue to play his silly game. It had been a long and emotionally exhausting day with her second graders.

Instead, she said again, “You have five seconds to let go or you’ll look really silly having a woman beat you to a pulp. Might even be the highlight of the crowd’s night you never know. Marley doesn’t get many parking lot brawls.”

He took out his wallet and flipped it open to the photo Charlie had given him the last day they saw each other. It was a picture of Justus at some kind of party. She was dressed in a short green dress, her long dark blonde hair in waves down her back. She was talking to someone and at the time the picture was taken, the person must have said something funny, because Justus was laughing.

He remembered vividly what Charlie had said when he gave him the photo. They were standing in the middle of the park near the Institute’s grey marble walls. Charlie had smiled as he looked at the picture before handing it to him. He had just raised an eyebrow at it and Charlie had laughed. “Look, Luc, I know what you’ve gone through with your past girlfriends, but you know that not all things in this world are meant to be.”

Durango had rolled his eyes, the pain still too fresh in his heart at the mention of his past bad luck. It was weird but it seemed like something always went wrong with the girls that he dated. They would date him for a month or two and then they acted like they never wanted to see him again. The last one, Cindy, had even threatened to get a restraining order against him if he didn’t leave her alone. She wouldn’t even explain why, she just should him the bruises that she swore he caused and that was all. He had studied the picture, noting how cute the girl in it was. He looked up at his foster brother and said, “Yeah, well things happen. No big thing.”

Charlie had smiled again, and then a shadow came across his face as he said, “Luc, I know you don’t believe in all that preordained stuff. Hell, I don’t know if I believe it either, but Justus is very special. I need you to promise me that you will watch out for her if something happens to me.”

He had just looked at Charlie. Charlie had come to live with Sylvia and Tony when Durango was six and Charlie was sixteen. They had quickly become close and he always felt like Charlie was more then just a foster brother. Durango recognized that look on Charlie’s face; he had seen it all too many times growing up. He looked down at the picture again and said, “Well, sure Charlie, but nothing will happen to you.” He punched the older man in the arm and said, “You’re too stubborn for anything to happen to you.”

Charlie had just looked at him, his blue-grey eyes filled with a sadness that Durango had never seen in them before. He looked away and said, “I just will feel better knowing someone is looking out for the kid. She’s incredibly smart, but also a bit reckless at times.” He looked back at Durango and smiled a little, “Besides, I’m not going to live forever.” Charlie clapped him on the shoulder and then turned and went back into the building. It was the last time that they had talked before he had gotten the call that his foster brother had been killed in the pursuit of the Dollmaker.

He pushed the memory aside, focusing on the flower instead. There was still something naggingly familiar about it but he just couldn’t put a finger on what it was. At times like this he really missed Charlie. Charlie had always laughed about the fact that he had been such an impulsive kid, always charging head first into a situation, surprised by the outcome of not having thought his actions through first. He had not just been a foster brother, but the closest thing that Durango had ever had to a real blood brother. That was part of the problem. He knew how Justus had gotten so attached to him, but they both had to learn to move on, rather they wanted to or not.