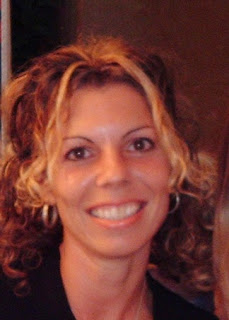 Sibel Hodge has dual British/Turkish Cypriot nationality, dividing her time between Hertfordshire and North Cyprus. She is a qualified personal trainer, sports and massage therapist, and writes freelance feature articles on health, fitness, and various lifetyle subjects. Prior to this, she also worked for Hertfordshire Constabulary for ten years.

Her first novel, Fourteen Days Later, was short listed for the Harry Bowling Prize 2008 and received a highly commended by the Yeovil Literary Prize 2009. It is a romantic comedy with a unique infusion of British and Turkish Cypriot culture. Written in a similar style to Sophie Kinsella and Marian Keyes, Fourteen Days Later is My Big Fat Greek Wedding meets Bridget Jones. My Perfect Wedding is the sequel to Fourteen Days Later, although it can be read as a standalone novel.

The Fashion Police was a runner up in the Chapter One Promotions Novel Competition 2010 and nominated Best Novel with Romantic Elements 2010 by The Romance Reviews. It is a screwball comedy-mystery, combining murder and mayhem with romance and chick-lit, and the first in a series featuring feisty, larger-than-life insurance investigator, Amber Fox. Written in a similar style to Janet Evanovich and Myron Bolitar, The Fashion Police is Stephanie Plum meets Harlan Coben. Be Careful What You Wish For is the second Amber Fox Mystery. 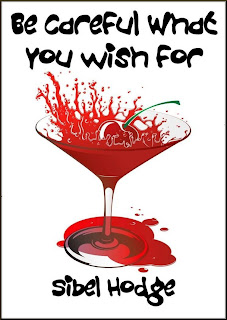 About Be Careful What You Wish For:

For fans of Janet Evanovich, Kate Johnson, and Gemma Halliday…

Armed with cool sarcasm and uncontrollable hair, feisty insurance investigator Amber Fox is back in a new mystery combining murder and mayhem with romance and chicklit…

Somehow, they’re all related, and Amber has to solve a four year old crime to find out why.

As she stumbles across a trail of dead bodies and a web of lies spanning both sides of the social divide, it’s starting to get personal. Someone thinks Amber’s poking her nose in where it’s not wanted, sparking off a game of fox and mouse – only this time, Amber’s the mouse.

Amber’s forced to take refuge in the home of her ex-fiancé, Brad Beckett, and now it’s not just the case that’s hotting up. So is the bedroom…

All Levi Carter wanted to be was the boxing heavyweight champion of the world, but at what cost?

All Carl Thomas wanted was to be rich, but would his greed be his downfall?

All Brad Beckett wants is to get Amber back, but there’s a reason for the ex word.

Be careful what you wish for…you might just get it.

Excerpt from Be Careful What You Wish For:

Vinnie Dawson stepped into the hallway with his thuggy mate from the boxing match. Vinnie wore a very expensive looking charcoal suit and a beige cashmere coat. His chubby fingers, resembling chipolata sausages, were encased in lots of thick gold rings. He shrugged out of the coat and Thuggy took it, draping it over his arm. Apart from the fact that Vinnie was older than Thuggy by about twenty years, they looked pretty much the same. Same big belly, same bald head, same evil eyes. The only differences were that Thuggy wore a pair of jeans that were so tight he looked like he’d been vacuum-packed into them, and he had a gap in his front teeth big enough to fit a bus through. OK, I take back all I said about owners not really looking like their pets.

‘I’ve missed you, too, Vinnie. Or should I say VD.’ I gave him my best I’m-not-afraid-of-the-big-bad-wolf smile. ‘How’s Lee?’ I tilted my head. ‘Got used to life on the outside now, has he?’

Vinnie did something that could’ve passed for a growl. ‘You’re not worthy to even mention Lee’s name.’

‘That’s funny because I already did.’ I faked a smile so wide that my mouth started aching. OK, probably not a sensible idea to antagonize Vinnie “Hard-Nut” Dawson, but the sensible part of me had just vanished in a puff of smoke. Bad guys tended to bring out the sarcasm in me for some bizarre reason. Maybe I had a secret death wish, I don’t know. Sarcasm was good for putting up a front. If you were frightened or nervous or you just didn’t want to make yourself vulnerable by giving away your feelings, sarcasm was just the ticket.

Vinnie’s eyes narrowed to slits. ‘What are you doing here?’ He pulled out a toffee from his pocket, slowly unwrapped it as he kept his gaze firmly locked on me, and popped it in his mouth. Thuggy took the wrapper off him and held it in his meaty fist. ‘Why is there a cop in your house, Letitia?’ Vinnie chewed as he waited for an answer.

Letitia frowned. ‘A cop? I thought you were here about Levi’s medical insurance.’

Vinnie let out a long slow whistle. ‘Not a cop anymore, eh? So you haven’t got any of your little cop mates to back you up now, then? I must remember that.’ He stopped chewing and belted out a throaty cackle.

As if on cue, Thuggy did the same. I wondered if that was part of his job description: Evil throaty cackling must be required at a moment’s notice. Failure to do so will mean termination of employment and/or sudden, agonizing death.

My eyebrows headed north at the cackling. A pack of hyenas had nothing on these two. ‘Has Lee been up to his old tricks again robbing banks?’ OK, it could be a simple coincidence that Carl Thomas’s bank had recently been robbed before he showed up at Levi’s fight in the vicinity of Lee’s cousin, Vinnie. But I didn’t believe in coincidences.

Addendum to job description: All evil, throaty cackling must cease and desist at a moment’s notice.

‘Any more mention of Lee and you’ll be sorry. I have the memory of an elephant.’ Vinnie tapped his forehead.

I eyed his huge stomach, which was only slightly smaller than the Acropolis. ‘Just the memory of an elephant?’

Vinnie sucked in his stomach and glared at me. ‘Don’t think I’ve forgotten it was you who put him away.’

I pulled a mock horror face. ‘Ooh, I’m scared.’ Actually, my knees were shaking a little bit, but I wasn’t going to let on. Amber Fox rule number one: don’t let elephant-gut criminals intimidate you.

Vinnie gave me a superior smile that didn’t quite reach his eyes. ‘You will be. I think you should go now before my friend here takes a shine to you.’ He nodded towards Thuggy.

Thuggy smiled as well. It wasn’t a nice smile, either. It was the kind of smile that let you know he killed people for a living and enjoyed doing it, too.

I made a mental note never to use that kind of smile. It wasn’t very flattering.

I sauntered past Thuggy and Vinnie with a grin on my face. Luckily, they didn’t seem to notice my sauntering skills had gone downhill a bit because of my shaky legs.

This wasn’t exactly what I had in mind when I said I wanted an exciting distraction.

Be careful what you wish for.